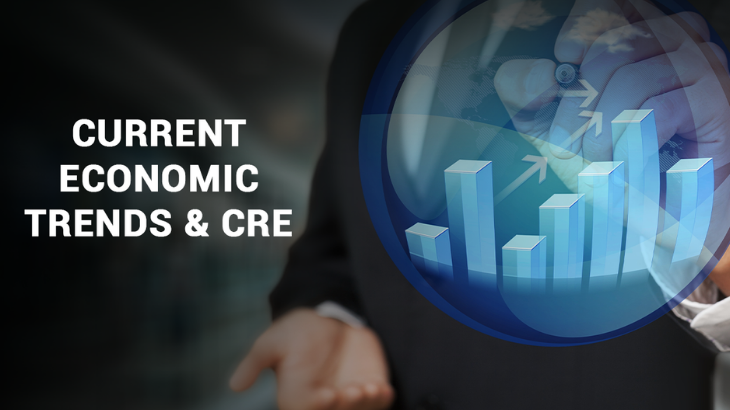 The International Monetary Fund (IMF), in its latest World Economic Outlook, has pared the global growth forecast from last October’s estimate. The global economy is now projected to grow 3.5% in 2019 and 3.6% in 2020, 0.2 and 0.1 percentage points below the last estimate. The projection is backed up by a list of downside risk factors, including mounting  US – China trade tensions, rising interest rates, political uncertainty, Brexit, US- India trade relationship and complacent financial markets. The growth momentum might have slowed down, but we do not anticipate a significant deceleration in the global economy.

The U.S growth rate was around 3% in 2018. The leap was triggered by a fiscal stimulus largely through tax cut passed in late 2017. Heading into 2019, we already see the impact of fiscal stimulus decreasing, though the growth rate is calculated to be above potential.

In China, the growth rate slowed down to 6.6% in 2018. Declining exports, weak investment growth and growing inventories have been the cause of this slowdown. Other factors that have led to the declining economy include loss of momentum and the trade war with the U.S. It is to be noted that any growth recession in China would have an adverse impact on the rest of Asia, along with commodity-exporting developing and emerging economies. This would also affect the European economies, particularly Germany. While the US is less dependent on China, the economic slowdown would nevertheless have a considerable impact upon its financial markets and politically sensitive exports. However, to overcome the crisis, The People’s Bank of China has already relaxed its policy in 2018 and these developments are likely to provide the impetus for higher growth in the coming year.

Japan also saw a poor economic performance in 2018 due to natural disasters stunting its growth story. 2019 will be the year of reckoning for the country, with the goal to bring up its overall financial performance.

In the Indian context, demonetization of the currency had slowed down its growth in 2017 and affected the growth in 2018 as well. Despite this, India’s economy is poised to witness a growth in 2019,  primarily attributed to increase in consumption and investment.

In Europe, a no-deal Brexit would be the biggest risk, having a far-reaching effect on the global economy.  For countries like Germany and Italy, the economic growth rate decreased during the third quarter. Slowdown in industrial production and decline in domestic demand are the respective reasons behind this decrease. The growth is predicted to fall flat in 2019. In France, despite government shying away from tax hikes, the domestic demand has declined and the risks are increasing. The economic growth rate in the Eurozone is expected to slow down, falling towards 2 per cent.

Is another Global crisis on its way?

The International Monetary Fund forecasts there will be concerns about the stability of the global economy due to the increasing debt levels and slowing GDP growth. However, from 2014 to 2017 falling commodity and oil prices moderated inflation and this boosted the global economy to a great extent. Unfortunately, the boost faded in 2017 and 2018 was also unremarkable in this aspect. 2019 is marked by an increased consumer debt level in many countries. Corporate borrowings have increased and many governments continue to be in debt. A striking similarity to the pre-2008 crisis period can be seen. Central banks are reported to have increased borrowing costs. The agenda of central bank officials are full of references to the need for higher rates to prevent an economic collapse.

With only small or negligible increase in wages above inflation, households might depend more upon borrowings, or eat into their savings to maintain the present level of consumption. From UK to China, consumers are finding it difficult to buy things apart from basic needs and the coming year is expected to be challenging one. The same scenario was seen in 2008, when the property prices increased with buyers reaching their borrowing limits.

IMF is concerned that higher loan costs and lower levels of consumer spending will mean that more corporations will go bankrupt. The possible remedy for governments was to pass reforms that would ensure job creation.  However, this has not really worked out, as wage rates have not increased.

What are the effects of above factors on CRE?

The increase in debt levels will also affect CRE. With people facing financial crisis , the commercial real-estate industry will be impacted. In Europe, the growth of populist parties has increased the chance of radical shift in economic policy, consequently raising concerns regarding the financial services and office rentals in London. On the flip side, this has given a modest occupational boost to CRE demand in Frankfurt and Paris. Additionally, the Italian government’s budget dispute with the EU has impacted foreign investor interest in Milan and Rome. However, on a positive note, the panel for ULI’s 2019 Emerging Trends in Real Estate report, felt that the  market was heading toward a profit zone rather than a downward zone. As a matter of fact, respondents of the survey ranked fear of what might happen to global economic growth as moderately important, while other factors such as interest rates, capital costs, available talent and job growth were ranked as highly important.

As for India, the sunset clause for SEZ by March 2020, is expected to increase absorption of commercial office space.  While the current space take up is pegged at 15 mn sq ft to 20 mn sq ft by both – captive and 3rd party service providers, further addition of Pre-committed space is expected to the tune of  15 mn to 20 mn sq ft. Also, with companies showing keen interest in operating out of Co-working / flexible workspaces, this segment will strengthen further in the coming year.  The next 24 months will see greater disruptive collaborations within the commercial real estate industry.