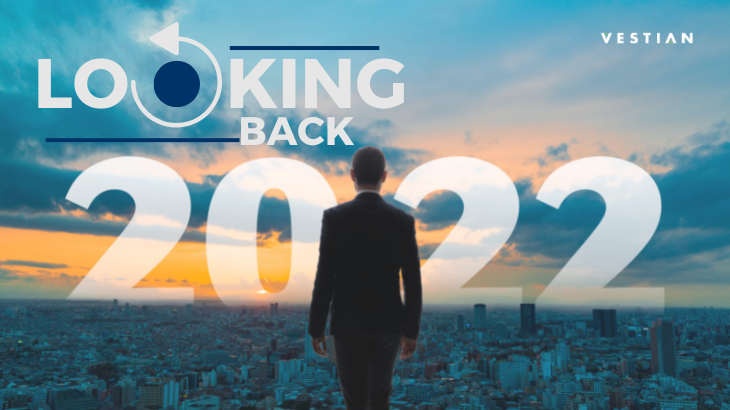 The year 2022 is set to pass. The real estate industry had hardly breathed a sigh of relief with market sentiments picking up, when the Ukraine-Russia war broke out, constraining supply chain movement and increasing raw material cost. Global inflation too, touched its highest in over the past two and a half decades. Yet, despite such challenges, the real estate sector of the country strove to withstand the impact, signifying strong fundamentals ruling the market.

Union budget aims at infrastructure-led growth – The Union budget 2022-23 maintained its focus on infrastructure development, with clear emphasis on PM Gati Shakti Masterplan and aiming at providing seamless multimodal connectivity and logistics efficiency. It included data centres and energy storage systems in the harmonized list of infrastructure. While efforts in PMAY continued to remain underscored, there were also announcements regarding reforms in SEZ legislation, transliteration of land records, modernization of building byelaws, town planning schemes and Transit Oriented Development, as well as issuance of sovereign green bonds and incentives to start-ups, that drew appreciation from the industry.

Residential market observes upswing – The residential market saw significant traction through 2022, with new launches and sales at par with the pre-pandemic levels in 2019. The pandemic accentuating the need for housing, coupled with low interest rates that remained unchanged till the latter part of the year, the residential market picked up substantial momentum during 2022. Majority of the new launches and sales was observed in the affordable and mid-segment budget categories. Luxury housing, too, saw sizeable sales buoyed by the increasing purchasing power of HNIs and NRIs, owing to a steady rise in the exchange rate of the US dollar.

Near pre-pandemic level absorption in office space; flexible workspaces gain momentum – The office market in the seven key cities of the country recorded impressive absorption levels during the year, comparable with the figure observed in the pre-pandemic period of 2019. This comes as a remarkable feat, given the uncertainty that prevailed in the office market just two years back, with the pandemic compelling office occupiers to postpone their office expansion plans. This resurgence in absorption can largely be attributed to positive expectations emanating from steady economic recovery post the pandemic and the increased return of employees to work, prompting renewals of existing spaces and review of postponed growth plans. Meanwhile, with cost-effectiveness, flexible hours, and proximity to the workplace becoming some of the important criteria to choose for an employee in the post-pandemic times, flexible workspaces have emerged as a preferred option, accounting for around 18-20% of the total office space absorption during the year.

Real estate investment cautious yet steady – The year saw relative cautiousness with institutional investors, for the major part, opting to wait and watch as developments brought forth by economic slowdown and the Russia-Ukraine war unfolded. The period, nevertheless, has remained positive and saw several important deals being inked in commercial and residential sectors, implying that investors’ confidence has remained fairly consistent. Despite the apprehension around the economic constraints and inflationary pressure, sectors such as commercial and residential assets showed favourable investment prospects. While commercial assets led the investment share during the year, residential assets witnessed fair resurgence as well.

Retail market emerges from an abyss; sees investor interest – On the retail front, improved customer activity and increased investor interest indicate fair growth potential for the sector. The retail sector, that had witnessed a complete cessation of activity in 2020 owing to the pandemic, is gradually making a comeback. Interestingly, the sector had lost its sheen even before the pandemic struck. With customers coming back to retail projects and business activity picking up in 2022, investors have shifted their focus towards steady retail assets while also portending interest in fresh developments in partnership with developers.

Tier-II cities on corporate radar – The year saw companies eyeing a robust pan-India presence, keen to tap into Tier II cities like Coimbatore, Jaipur, Indore, Lucknow, and Ahmedabad, as these cities have adequate infrastructure, availability of talent pool, low attrition rate and quality space at lower rents. The government has also been emphasizing strongly on funding incubators and encouraging innovation in these cities. The advent of flexible workspace operators in such non-metros has made it easier for start-ups to work without a hefty initial investment. Notably, there were 630-650 flexible workspace centres operating out of the Tier II and Tier III cities, in 2022.

The year also saw significant traction in the data centre sphere led by the infrastructure status accorded to the sector, which would aid in facilitating credit availability for digital infrastructure and clean energy storage. The COVID-19 crisis has, thus, set in motion several necessary changes in the industry, compelling businesses to deliberate over adopting alternative avenues and more efficient  ways of operations that would be agile and future-ready. Even as economic constraints loom large, we envisage the worst to have passed, and hope to witness measured revival in the coming period, led by proactive government policies and continued enthused market sentiments.